Australia Post has released some limited information on their Stamp Collecting Month (SCM) release, which this year will feature Dragonflies (the issue is called "Dragonflies: Nature's Flying Machines"). Interestingly the issue only features five stamps (compared to the usual six to eight), and it appears SCM has been brought forward to August, with the stamps released on 1 August 2017. The five stamps (two at 37.5 mm x 26 mm and three at 50 mm x 30 mm) will also be released in a miniature sheet. I suspect that the miniature sheet stamps will have foil applied to dragonfly wings as was done with the Small Pond issue in 1999. All in all a very attractive issue. 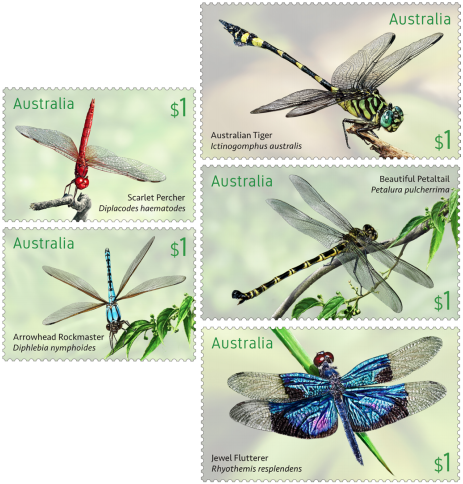 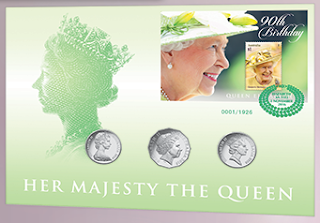 Part of the Impressions™ range, this limited edition PNC (limited to 1926) includes a digitally printed miniature sheet. This miniature sheet is only available on cover, with a foil postmark tying it to the cover. The $1 stamp is new for specialist collectors with the biggest difference being the thickness of the '$1' and 'Australia' inscriptions.

More Personalised Stamps™ will be added to Australia Post's line up in the coming days.

The Australian Monotremes Personalised Stamps should finally arrive on 3 October, the day of the price rise, although there's no guarantee of this (they have at least turned up on the website). 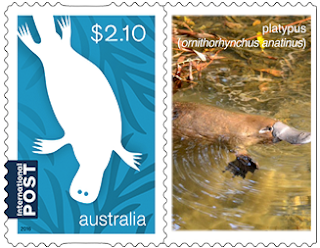 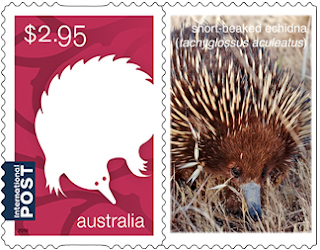 Unbeknown to many though was the Play School Personalised Stamp™. It was eventually advertised in the Stamp Bulletin but much later than its release date of 9 August. Collectors might be interested in the fact that after several calls to the ABC, I found they have given Australia Post exclusive rights to use any images from Play School on stamps or any philatelic related material. Hence, the generic '50 Years' image below. 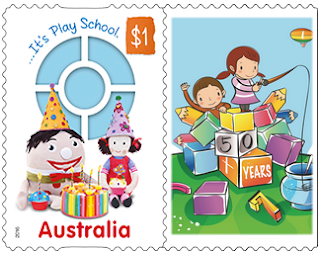 Posted by Chris de Haer at 4:52 PM No comments:

Sometimes not receiving your order from Australia Post can result in you discovering something new about the production of Australian stamps.

Back in January, when the Greetings Personalised Stamps™ were released I ordered a sheet of each design. Unfortunately, one did not arrive, and after several emails back and forth a replacement sheet was sent. Interestingly this sheet was sent direct from the producer and as such did not come in the usual Australia Post A4 envelope, rather an Express Post envelope stamped on the back 'ABnote'.

It appears that Australia Post has outsourced the production of Personalised Stamps™ to ABnote (part of the American Banknote Company). Leigh Mardon was sold to ABnote in 1996, and so in a round about way it appears Leigh Mardon (under the ABnote brand) has returned to stamp production. Collectors may remember Leigh Mardon was a significant printer of Australian stamps in the 1980s and 1990s, but with the rapid introduction of self-adhesive stamps (a technology Leigh Mardon did not rapidly embrace), and a re-focus on their main product, security products, Leigh Mardon exited the stamp printing business.

This year's Stamp Collecting Month issue will feature Endangered Wildlife, with four species from Australia and three from overseas.

It appears six of the stamps are the regular landscape commemorative stamp size (37.5 mm x 26 mm) with the Southern Corroborree Frog being a larger 50 mm x 30 mm size. No doubt there will be a miniature sheet combining the seven designs. Also, as happened last year two of the values are half the price of the standard domestic rate. 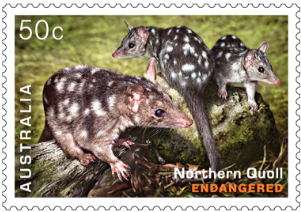 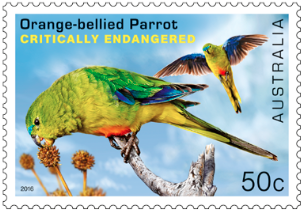 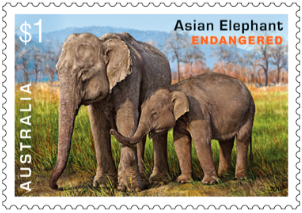 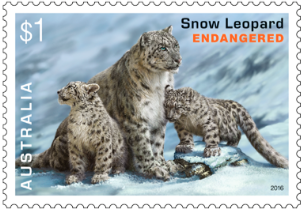 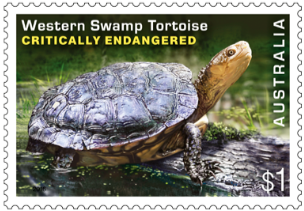 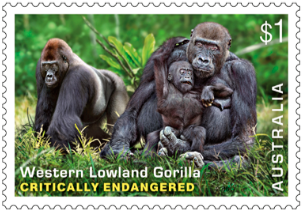 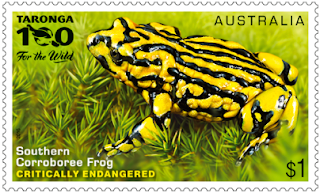 Staff at Australia Post have advised that the $2 Weddings Prestige Booklet, due for release on 25 January, may be delayed due to a printing error.

Details are sketchy about the actual error, but it is believed that somewhere on the booklet it says the contents are twenty stamps, whereas the booklet only contains 16. Rather than scrap and reprint the booklets, post offices are being issued with stickers that need to be stuck over the error. As of yesterday these haven't been seen, although many post offices have their Love to Celebrate stock in.
Posted by Chris de Haer at 1:47 PM No comments:

Australia Post surprised modern collectors by releasing personalised versions of the four Wildflowers stamps on 6 January (the official date of release was 4 January, but the stamps could not be ordered until 6 January). The release is noted in the press release from Australia Post, and may get mentioned in the next Stamp Bulletin (due for release on 11 January). 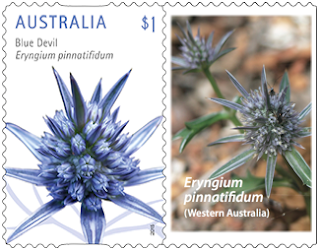 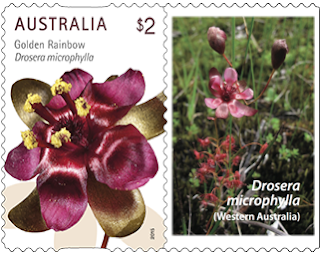 Why this release is even more surprising is that this is first time we have a $2 non-Wedding/Greetings Personalised Stamp™, and on 25 January there will be 10 more Personalised Stamps™ due for release with the $1 and $2 Greetings issues! 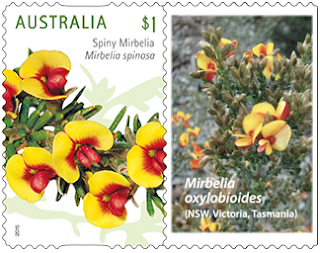 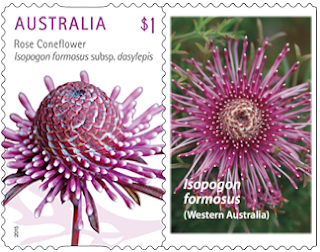