Brochures have been sent to post offices explaining the change in services from the 4 January 2016. 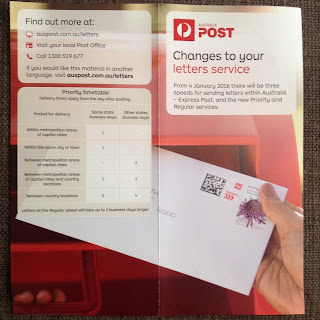 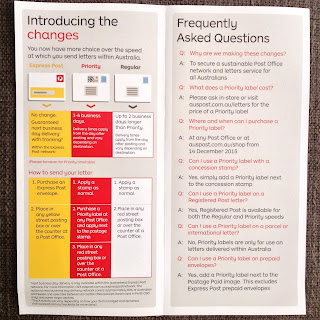 Post offices have also been sent booklets of the Priority labels, as well as sheets of 20. The sheets appear to be self-adhesive with the stamps die-cut and with rouletting between the stamps. 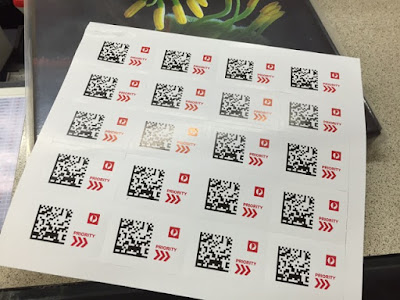 Post offices can also now order 'Wildflower 2015' definitives in $1, $2, $3 and $5 denominations. The suggested release date is late December 2015, allowing businesses and the general public to buy the stamps in advance of the rate rise. The theme of the new definitives is also indicated by the stamp on the cover of the brochure, which shows a wildflower, with a very carefully covered denomination. 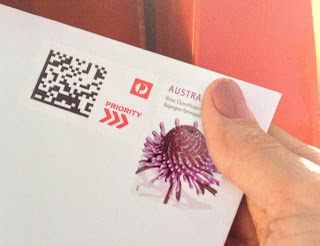 Interestingly, this is the first time Australia Post has issued self-adhesive stamps/labels in a sheet format before, and may be indicative of the future.


Update: Customers have started receiving the booklet of five labels, and they appear to have security slits in them (see Stampboards)
Posted by Chris de Haer at 6:24 AM