Australia Post's website has been updated to list stamps and first day of issue postmarks due for release in July and August 2015.

The postmark for the Australia-New Zealand-Singapore joint issue suggests the issue marks the 50th anniversary of diplomatic relations between Singapore and Australia and Singapore and New Zealand (this year also marks the 50th anniversary of Singaporean independence). More information can be found at:
Minister of Foreign Affairs Media Release (20 May 2015)
SG 50 OZ Arts Programme in Singapore
Department of Foreign Affairs Media Release

The Lighthouse issue marks the end of series of lighthouse stamps issued by Australia Post over the last 14 years! An interview with the photographer whose photographs are used on all the stamps was broadcast on ABC Radio several months ago. 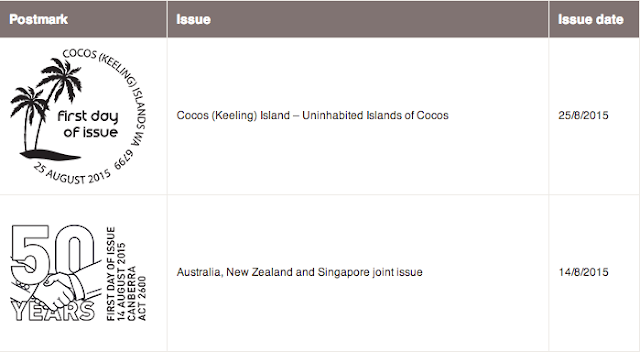 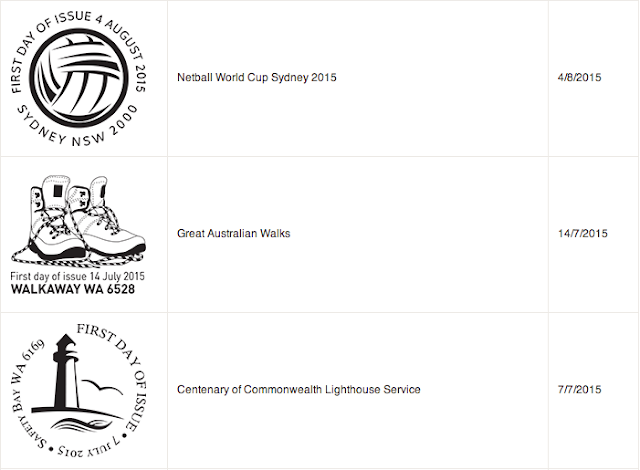